Everyone from Seth Rogan to Greg Norman is involved.

The Shark is looking to make the cannabis lifestyle space his own with several deals cooking and he’s searching for cannabis companies to make it happen.

Norman already has an affiliation with the $450 million capped Green Growth Brands Inc. (CSE:GGB). And, through his partnership with Authentic Brands Group, can also be linked to the $4.5 billion capped Tilray.

In essence, cannabis markets have attracted enormous attention from unlikely sources, who are jacking up the value of the industry.

Grandview predicts the legal cannabis market to be worth $66.3 billion by 2025 — just a short six years away.

Other predictions show the European market alone to be worth €123 billion (~A$200B) by 2028, whilst the legal marijuana industry had a banner year in 2018 with US$10 billion worth of investments.

Companies with the right products and services are already taking a slice of the cannabis pie.

Then there are those with technologies that could disrupt the industry and make it easier for growers, producers, sellers and product manufacturers.

These stakeholders are looking to adopt cost effective technology to improve operational efficiencies at a time when the per pound cannabis price has reduced significantly.

Companies such as Roots Sustainable Agricultural Technologies Limited (ASX:ROO) have the technology to meet these demands.

Whilst not strictly a pure cannabis play, the company’s Root Zone Temperature Optimisation (RZTO) technology could have a major impact on cannabis yields.

ROO has already had success in helping farmers mitigate the risks of extreme temperatures and is proving critical for high value agricultural crops.

“Growers are experiencing market pressures due to prices dropping so they are increasingly looking to adopt cost effective technologies to improve operational efficiencies. Our Roots RZTO system is the only known and successfully tested open field root zone heating and cooling technology, which caters to the trend away from traditional greenhouse and indoor facilities towards lower Capex and Opex growing methods such as open field cultivation,” says Roots CEO Sharon Devir of the RZTO technology.

As for the cannabis industry, the company has been highly active during the first half of the year and is making heavy inroads into the North American market.

Since March 2019, Roots has quickly expanded in the North America cannabis and agriculture sectors, executing its strategic milestones. It is now seeking to further take advantage of recent sales momentum along with local operating costs and environmental pressures.

In what could be a major catalyst for the company, it has now hinted at acquisitions in the cannabis space that could add significant value to its existing business.

How did it get to this point?

Well, this Israeli company hasn’t taken a backwards step in coming forward when it comes to its North American ambitions.

It all started in February, when the company announced it was moving into the lucrative North American cannabis sector.

It did so to meet the growing demand for climate management technologies and it came on the back of a successful showcase of its technology to key Californian, Colorado and Canadian cannabis producers.

These producers had expressed interest in deploying ROO’s RZTO technology to improve its cannabis yields and meet the demands for larger scale production. These producers were most interested in RZTO heating results on cannabis in an open field in Washington State, which increased the average cannabis dried un-trimmed bud weight by 60% to 283% despite frosty autumn conditions.

“Pricing pressures in markets are meaning cultivators are looking at ways to increase yield and extend planting seasons for optimal crop rotation. Farmers we have spoken to in several regions in the United States and Canada are excited by the potential for Roots’ RZTO technology to provide lower initial capital outlays, maximise crop production and quality and dramatically increases their farm profits,” Devir said at the time.

Here’s a quick look at how the technology works:

Given its effectiveness in trials thus far, it is little wonder why North American agriculture-based businesses are coming on board, or why ROO now has the confidence to potentially make some acquisitions in this region.

Once it entered North America, it wasn’t long before ROO made its first sale.

Cannabis industry leader Tim Blake saw the open field RZTO heating pilot in Washington State and was so impressed he bought in.

It is easy to see why.

Interim results show that using the RZTO system on cannabis crops in an open field resulted in anywhere from a 40% to 272% increase in average plant weight compared to unheated crops.

These interim results well and truly exceeded ROO’s expectations. Not only that, based on the local Washington state US$0.30 price per gram, the yield increase equates to an additional income of US$60,000 to US$405,000 per acre, for a 40% to 270% yield increase, respectively.

In most strains, wet weight is directly correlated to the size of the plant and the eventual yield per plant.

Using these performance figures, farmers can expect in most treatments and breeds to get a return on their investment within a year.

Then came ROO’s second sale to independent cannabis producer Mendocino Natural Farms in Northern California for US$30,000 (A$43,450). 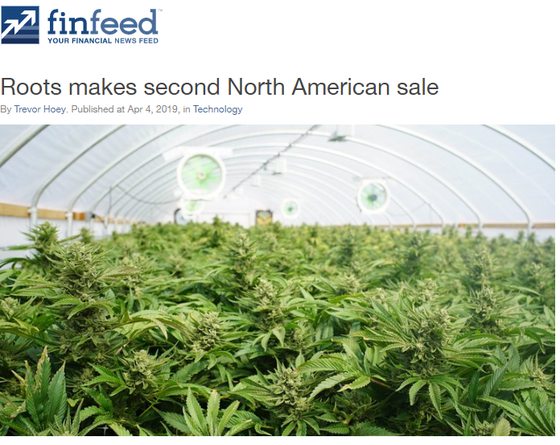 For a more in depth look at these sales check out Next Tech Stock’s in depth piece, Ag-Tech Provider Roots Extends its US Footprint with Another Sale to a Cannabis Producer.

On 1 May, Roots announced it had made a US$20,000 (A$28,000) sale to premium recreational and medicinal cannabis producer, Canndescent, who is installing RZTO cooling and heating technology in an indoor facility with growbags at Canndescent’s growing facilities in Southern California.

Importantly, this is the first RZTO sale in the US to be used primarily for cannabis cooling.

The Canndescent sale was a big endorsement of ROO’s proprietary RZTO technology from another industry leader.

For a little more insight into Canndescent, here’s the marketing and branding pioneer behind Canndescent: Rick Fisher:

Bringing us up to date in sales thus far, is a sale, also valued at US$30,000 (A$43,450), that was borne out of an initial paid commercial demonstration, which has the potential to lead to a much larger installation in the future.

The sale also includes Roots’ monitoring and control system, with costs for this service charged on a monthly basis. 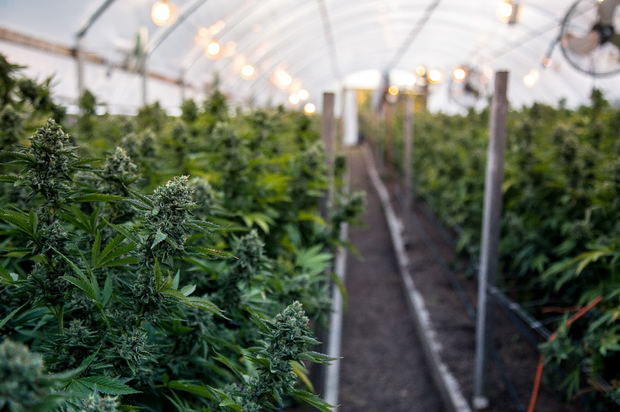 PRO is a large organic cannabis producer and a very established player in California’s cannabis sector.

The company boasts more than 100 cultivation licenses and the maximum amount of acreage permitted under state regulations. Its certified organic farm in Santa Barbara County in southern California has more than 300 acres of cannabis grown in open-fields, greenhouses and hoop houses. Its cannabis products include oil, pre-rolls and bulk flowers.

PRO will cool the roots of cannabis plants during the North American summer, minimising the impact of external weather conditions and overnight temperature drops to increase crop quality and yield. During autumn and winter, Roots’ RZTO heating technology and heat pump will be used to stabilise cannabis crops at optimal temperatures.

Sales activity in North America is a major focus

Roots’ technology is being installed across multiple continents, however the opportunity in the North American cannabis space is a major play for this $6.5 million capped company and could provide even more catalysts. The graph below explains why. 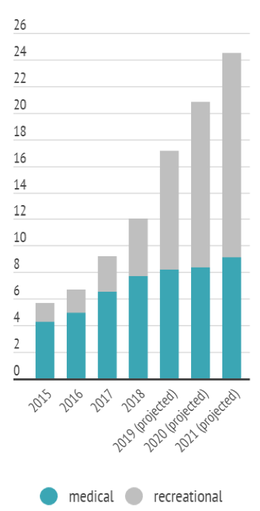 Considering the past and projected medicinal and recreational cannabis sales (US$ million) in North America as seen above, and the sharp rate of growth which will continue on this projection for some time yet, ROO is playing in the right space.

The US Cannabis sector continues to gain momentum. Legalisation of cannabis is becoming more and more common. So, as new producers enter the market, ROO’s technology could play a major role in bringing their crops to bear.

ROO will continue to seek out sales and make this a major focus of its business operations, and it will scope out further potential acquisitions in the North American cannabis space, as it seeks to become a prominent tech-solution identity that can truly shape the market.

Let’s not forget the ag-tech sector in general has had a record breaking year with US$16.9 billion in funding spread across 1450 investments.

According to a recent Forbes article, most of these investments are located in the US — California specifically, with $5 billion worth of deals.

That’s plenty of evidence to suggest, ROO, with its unique tech solution, is one to keep an eye on.