The $5M market cap explorer Rumble Resources Limited (ASX:RTR) is days away from kicking off its maiden drilling programme.

On Friday, November 7 th , a drill rig mounted on a high-powered multipurpose truck will begin drilling the first of four holes into their highly prospective Big Red Project.

The discovery of the world class 13.1Mt nickel deposit known as Nova-Bollinger by Sirius Resources gave that company a $1.3BN market cap and ignited a band of explorers to find the next deposit in the area.

Not just explorers, even the US$55BN mining giant Vale is understood to have entered the region – next door to RTR’s ground.

Western Areas, Sirius, Panoramic – all companies that have electrified the market and been catapulted to new heights with big nickel finds.

But for every successful nickel discovery, there are dozens of explorers that find nothing at all. At least with RTR, investors won’t have long to find out.

With nickel drilling set to begin in days, results due within weeks, and the chance of hitting a potentially company defining nickel target, this is the exact kind of stock catalysthunter.com looks for:

Months of modelling and extensive surveying has led to this critical juncture:

RTR: The Timing – Drilling in days, results by mid-November

Drilling to commence on the 7 th of November:

The geology at Voisey’s Bay has been extensively studied, the image below shows how that deposit was formed:

Plan of the geology of Voiseys Bay

The “Ovoid” deposit is a feeder zone – a 600m long by 350m and 110m deep body of massive sulphides. It’s full of copper and nickel sulphides, leading to a deeper, richer, magma chamber.

What RTR are looking to do in the coming weeks is prove up their theory that a Feeder Zone exists at Big Red.

Just like at the 35 Mt at 3.5% nickel Voisey’s Bay deposit, RTR have interpreted:

The below image displays RTR’s model looking west – the upcoming drill holes are in black. With these holes, RTR are targeting an identified electro-magnetic plate within the interpreted feeder structure: 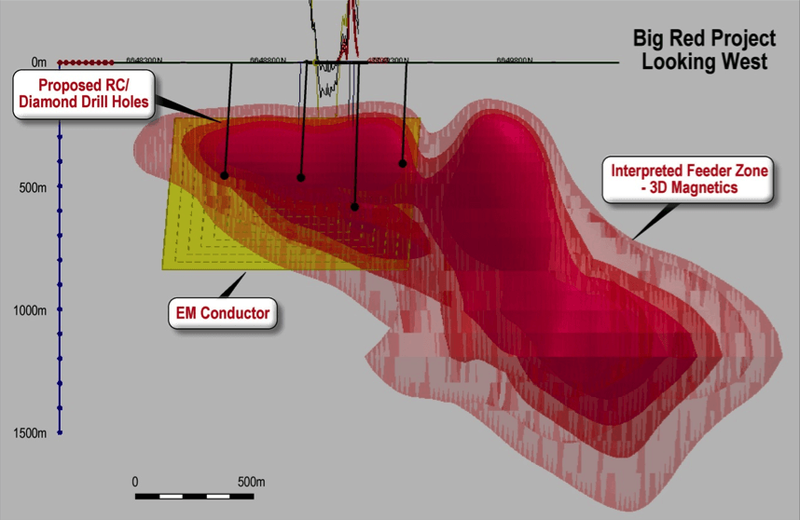 The geologic model RTR have developed bears a striking resemblance to Voisey’s Bay – but it will become a whole lot clearer over the coming weeks as the company starts their drilling.

RTR has a micro $5M market cap with just 120M shares on issue with board and management owning 16.4% and the top 20 shareholders controlling 35.8%.

Looking at RTR’s market cap, it is clear that RTR is much more leveraged to success when compared to other Fraser Range nickel explorers: 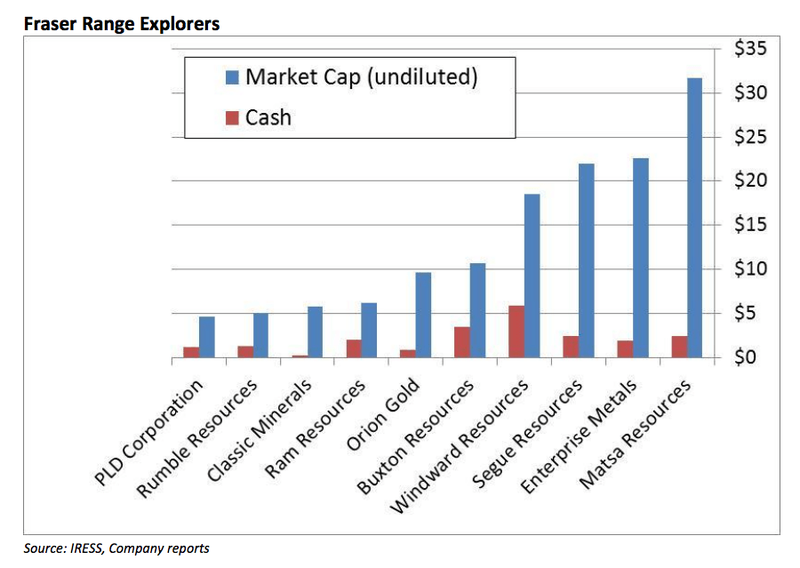 Any strong assay results in the coming weeks have the potential to ignite RTR’s share price, especially from such a low base.

We have seen in the past that the markets react positively when a penny stock finds a massive nickel deposit.

With a maiden drilling programme kicking off at Big Red on November 7 th , there is a chance that RTR could be the next one.

All Fraser Range explorers are dreaming of a Sirius like discovery. That explorer, once struggling with a market cap of $6M, went to $1.3BN almost overnight when it discovered Nova-Bollinger.

Here is that famous chart:

You can clearly see the moment when Nova-Bollinger was discovered – in the same region as RTR’s drilling site.

RTR investors could know very soon what they have in the ground at Big Red – and if it’s a big nickel deposit – then RTR could enjoy a Sirius style run. However a share price rise for RTR is of course no certainty.

Drilling is now days away

On November 7 th , a drill rig mounted on a high-powered multipurpose truck with 2500m depth capacity will begin sinking the first of four holes into RTR’s prospect.

Four holes totalling 1600m will be drilled down into an interpreted feeder zone above a large EM target – a geophysical structure very similar to the one found at the 35Mt Voiseys Bay nickel resource in Canada’s Thompsons Bay nickel province.

When the work’s finished, around two weeks after the November 7 th start date, assays should follow.

RTR will also look to schedule a down-hole EM survey to provide a diagnostic test of the bedrock conductor.

With a market cap of just $5M and an imminent drilling event, RTR could possibly uncover the next Nova-Bollinger and take them from scrappy junior status to major player.

This is high risk exploration but it won’t be long until RTR investors find out the result, one way or another.