Deepwater driller Maersk has been given official notice to mobilise their world-class drill ship, The Venturer, to the location of the highly prospective Hawkeye-1 exploration well in 30 days.

With this impressive vessel currently sitting in the port of Labuan, Malaysia, mobilisation should only take a day or so, which means we are now counting down until drilling begins in the first week of August.

The offshore Philippines target, estimated to contain gross ‘best estimate’ prospective resources of 112 million barrels of oil, has the ability to completely transform this well capitalized junior and with drilling expected to take less than a month to complete, we should have results before the end of August.

There will be weekly drilling updates and any material hydrocarbon shows could be announced to the market immediately.

In the success case, the reward would be over 14 million barrels net to the £21M (A$42M) capped Red Emperor Resources NL (AIM|ASX: RMP) – and new investors essentially have a 1 in 3 chance to make over 10 times their money in the coming weeks as the drill is executed.

However, success is no guarantee in offshore oil exploration and we will explain how we arrived at these numbers further down.

RMP’s JV partner and operator, the A$81.5M capped Otto Energy (ASX: OEL) has a 78.18% working interest in Block SC55 in the Philippines, and a proven track record in the region.

The official notice to move the drillship into position for Hawkeye-1 and to begin drilling in 30 days is a particularly strong catalyst for a potential pre-spud ramp up in RMP.

Hawkeye-1 is targeting commercial oil resources below a gas cap – and even if no oil is found, there is the possibility of finding gas and confirming a working hydrocarbon system that can be explored further by the JV.

To pay for its US$4.5 – $5.625M share of the drilling costs and maintain a strong balance sheet beyond this drill, RMP just raised £2.88M (A$5.76M) through an oversubscribed share placement – that’s in addition to the A$12M cash it has in reserve to fund any future explorations and shore up its position.

Since Catalyst Hunter’s first article on RMP, 1 in 3 Chance of a 20 Bagger? Offshore Drilling Weeks Away , the stock has risen over 140%: 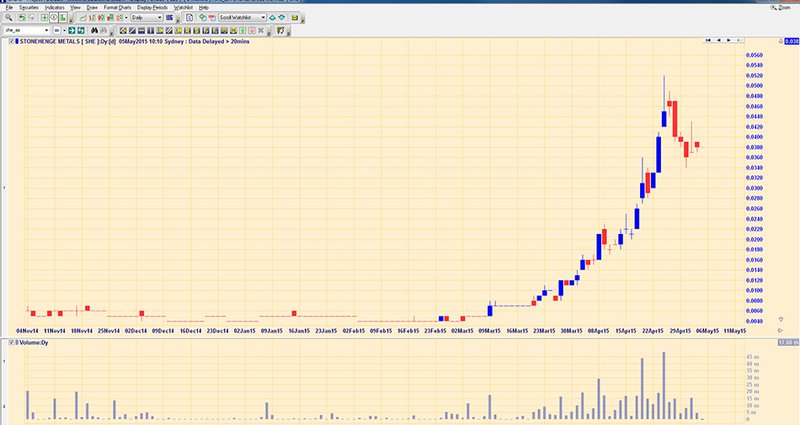 And now drilling at Hawkeye-1 set to begin in 30 days, this stock may be set to run even higher again.

Our analysis of RMP’s potential “10-bagger” value uplift is based on the following:

Based on the above numbers, should RMP successfully strike oil in the coming weeks, the company’s current market cap could multiply ten times over. However, it should be added that offshore drilling is risky and has no guarantee of success – there are many variables, which could impact the result.

Assuming a fair valuation of the RMP capital shell of A$3M, a share price of 3-4c underpins the company’s value. This assumes no value for its Georgian asset, which is added upside should the company be able to monetise it in the short to medium term.

Deepwater frontier drilling at Hawkeye-1 is set to begin in 30 days.

The latest events surrounding the imminent spudding are as follows:

RMP: Strong fiscal position for drilling and beyond

As highlighted earlier, RMP is solidly funded for this imminent drilling event, currently with A$17M in cash in the bank having recently raised £2.88M (A$5.76M) through an oversubscribed capital raising . This raising gives an indication of the high level of support it’s involvement in Hawkeye-1 is generating.

An application has been made to the London Stock Exchange for the admission of the new shares for trading on the AIM.

The share placement is intended to pay for its 15% stake in Hawkeye-1, any further development works, as well as to fund future endeavors.

Further to this, it is an opportunistic time for RMP to drill for oil offshore:

Extensive 3D seismic imaging shows the Hawkeye-1 well is likely to be a gas cap above what’s thought to be an oil leg.

Maersk’s Venturer drill-ship will plunge its drill bit directly down to a water depth of 1,700m, then hit the mudline, with the very top of the target structure just 1,000m beyond.

Detailed 3D seismic imagery shows a flat spot in amplitude on all datasets consistent with a gas contact at 2,750m and a possible pocket of oil further down: 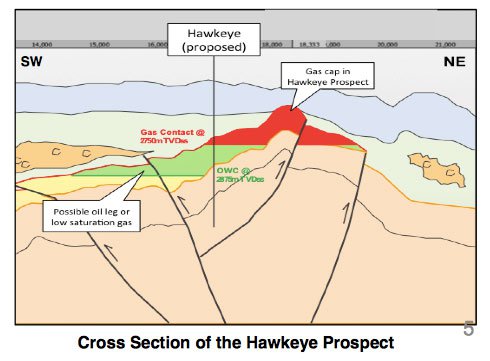 A previous joint venture between Otto Energy (ASX: OEL) and BHP Billiton (ASX: BHP) on the SC55 Block identified the Hawkeye-1 target and Cinco – a 1.6Tcf gas target to be drilled later down the line.

However, a global corporate review saw BHP exit its entire South East Asian portfolio – not for a lack of prospectivity in Block SC55 though. Plus owing to the previous agreement, BHP is still contributing US$24.5M to Hawkeye-1’s imminent drilling.

The JV, now led by OEL (of which RMP is a part of), retained all of BHP’s technical input, and used this data to pinpoint the exact location of Hawkeye-1, now set for imminent drilling in 30 days.

Key technical highlights for the target are as follows:

Regular drilling updates are expected, and the operator estimates it will take 23 days from spud to release of the rig.

An oil pocket could be penetrated within a fortnight of spudding.

And because of the potential gas cap, there is the upside that even if oil isn’t discovered, a hydrocarbon discovery would more than likely add significant value to the SC55 Block and open up the play for other participants, possibly a major.

Following the drilling event, the JV has nine additional gas drilling targets worked up in the vicinity of Hawkeye-1, and RMP will have the opportunity to participate in these drilling events as they come. 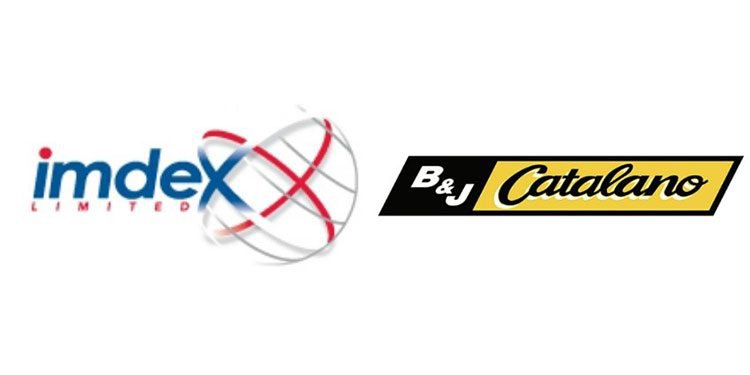 RMP’s Hawkeye-1 well could therefore prove to be the key that unlocks a new oil and gas frontier for the Southwest Palawan basin offshore the Philippines.

Drilling could begin any day now

RMP’s JV partner Otto Energy has issued its official Commencement Notice to Maersk to prepare to mobilise the ultra-deepwater drillship Venturer and spud the Hawkeye-1 well in the next 30 days.

To participate in this imminent drilling event, RMP is spending just $5.625M USD (potentially less) of a total cost of US$30M to $35M USD – a low cost well with significant discovery potential.

The company has just raised A$5.76M through an oversubscribed share placement, meaning it will likely still have significant cash in the bank account to pursue other exploration opportunities in the wake of Hawkeye-1.

Hawkeye-1 could establish a hydrocarbon system within the SC55 block where a further nine targets – including the Cinco 1.6Tcf gas target – have been established.

The long-term possibility is that Hawkeye-1 could open up a new oil and gas frontier for the Philippines, with RMP in prime position to enjoy the upside.

When the drillship Venturer reaches the Hawkeye-1 site the drill bit will lower down 1,700m to the mud line and begin hunting for oil and gas.

An anticipated gas cap is thought to be as little as 1,000m beyond the mud, and from there Hawkeye-1 it could hit a pocket of oil at 2,750m.

There will be weekly drilling progress updates, with work expected to take a total of 23 days.

We anticipate a steady flow of news from Hawkeye-1, with the possibility of a significant oil discovery multiplying RMP’s market value almost immediately.

Oil and gas exploration is high risk – but it’s also high reward – and the start of this high-impact drilling event is almost set in stone now.