The two wells will feed into an energy starved, giant, domestic market: India.

Operating in India for nine years, these two production wells are further proof that OEX can successfully operate in this up and coming nation – where it has first mover advantage.

India is the fourth largest energy consumer in the world – but most of its hydrocarbons are imported for between $8.50 – $10 MMBtu. Demand for energy can only increase as India grows richer. OEX has positioned itself as a first mover to meet that demand – exploiting unheralded domestic energy sources and implementing North American technology that has changed the oil and gas industry paradigm since 2009.

This is the first time these methods have ever been used in India, and now OEX is set to bring a further two production wells online in H1 of 2016, selling gas directly to the Indian markets at a premium price, but still cheaper compared to imported LNG.

The wells are to be drilled in the Cambay Field, where OEX have a 45% stake and is the Operator. The Cambay Field has been independently assessed to hold gross 2P gas reserves 206Bcf, with 8 million barrels of condensate in just one zone of its 40,000 acres:

OEX enjoys strong government support and the Cambay Field is immediately adjacent to high quality infrastructure, including a network of gas pipelines owned by its partner, Gujarat State Petroleum Corporation (GSPC) which the company can supply into.

OEX is currently trading at a significant discount on a 2P Reserve/USD basis – this is likely due to perceived ‘country’ risk. This should all change once these production wells are drilled, presenting strong potential for a re-rate to OEX’s share price. There is no guarantee on OEX’s success however, and the company remains a speculative investment.

Right now, OEX is already securing long lead items for its production wells, and is moving quickly to establish an advanced asset in a proven field – just the kind of activity that catalysthunter.com looks for.

Read on for more information on OEX and its imminent re-rate potential.

OEX: Now on the cusp of solid production via 2 wells

OEX entered India in 2005, acquiring a 45% interest in Cambay Field within the prolific Cambay Basin in Gujarat State. The Gujarat State is the industrial heartland of India, supplying oil and gas to the major cities of New Delhi, Mumbai and Hyderabad: 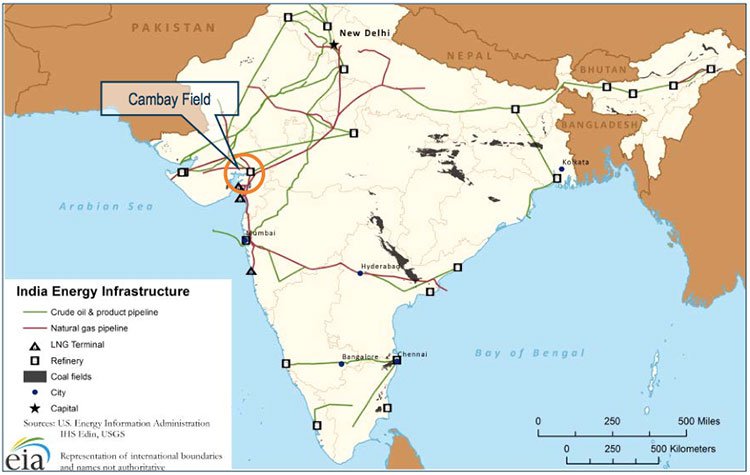 Armed with an advanced asset in a proven field, OEX is now preparing to spud two firm wells – C-78H and C-80H – for production using advanced fracking techniques, thereby unlocking the value of the entire acreage: 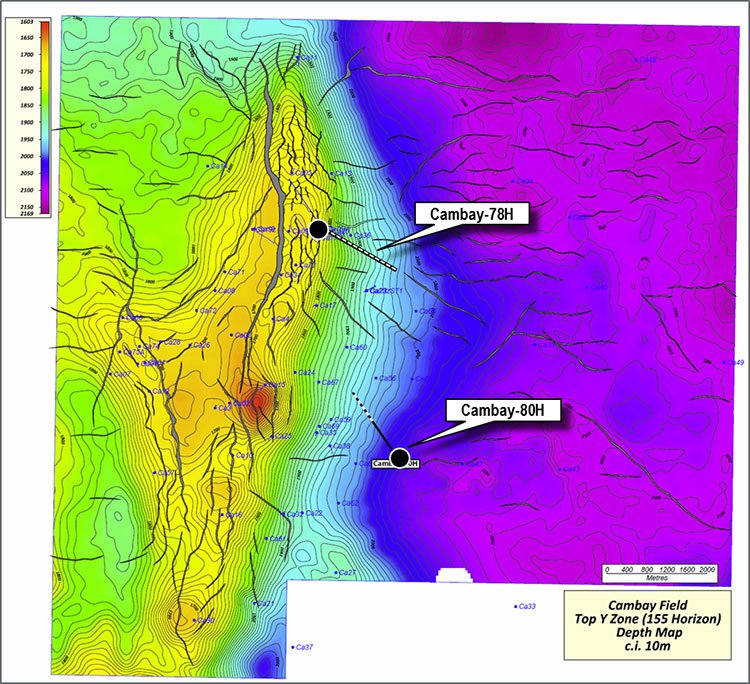 The background to the imminent spudding of OEX’s two production wells is as follows:

OEX and the JV conducted an extensive work programme to evaluate the application of shale gas technology to the Eocene reservoirs at the Cambay Field – dubbed the Y Zone: 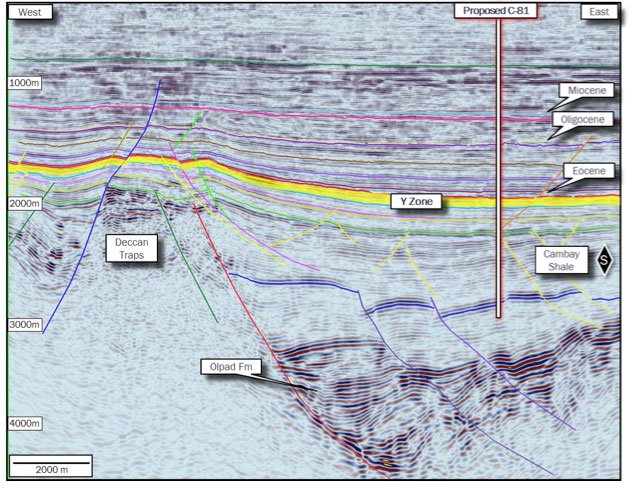 Once the current capital raise is complete, OEX will rapidly move to drill their production wells and consolidate their position in the emerging Indian market.

OEX: Production wells to be brought online in H1 of 2016

All eyes are now on OEX and their imminent drilling of two production wells:

Since our first article on Stonehenge Metals (ASX:SHE) Acquisition of Breakthrough Wave Energy Technology , SHE has risen over 750%. 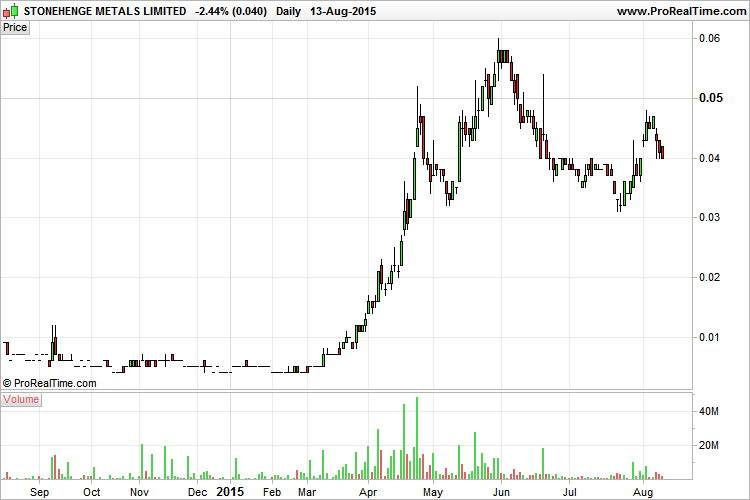 By supplying oil and gas to an energy hungry domestic Indian market, OEX have the following advantages when it comes to its project economics: 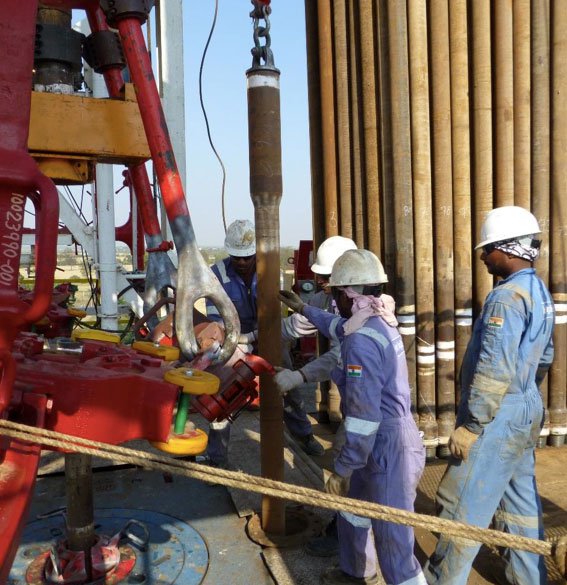 OEX’s goal is to bring large oil and gas resources online at its Cambay Field in Gujarat – India’s industrial centre. It wants to use the region’s high quality infrastructure and its close relationship with the Gujarat State Petroleum Corporation Ltd to reach the vast domestic markets directly.

Other oil and gas companies that own 2P Reserves enjoy far higher market valuations than OEX – the highest being Tullow Oil, which has developed 2P Reserves across its portfolio of assets in Africa, Europe and Asia and South America, and is valued at close to $30USD/Boe: 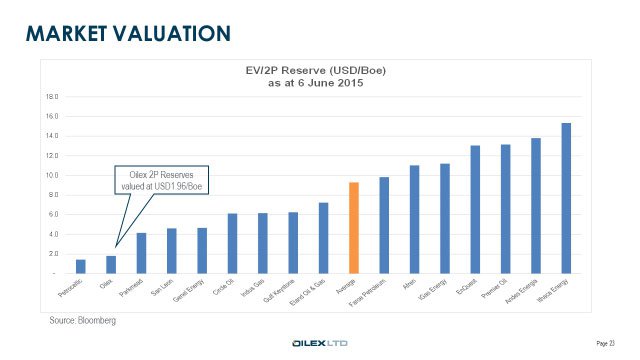 Despite progressively working up proven resources and advanced assets in an area of great demand, OEX has not seen great increases in its value, with its 2P Reserves valued at under US$5/Boe.

This gap in market value is likely due to perceived in-country risk – India has a reputation for being a difficult place to do business. Phillip Capital analyst Andrew Shearer theorises that a perception issue with the nature of doing business in India may be affecting OEX’s position in his recent report on OEX .

Many coal and iron ore companies have historically experienced difficulties gaining a foot hold – and although there are differences between the minerals and oil and gas sectors in that they operate under different legislative regimes, Shearer says the negative impression can bleed over.

The upcoming spudding of two production wells in the Cambay Field could then serve a dual purpose – establishing OEX as a viable energy producer in India as well as proving oil and gas investment can be successful in India.

Most importantly, once OEX drill their upcoming wells we would expect this perceived country risk to be well and truly eliminated, providing an unencumbered path to share price appreciation for OEX. At the same time, like all stocks, there is a risk the company will devalue as well – success is no guarantee.

As H1 of 2016 approaches, the coming months will see OEX ramp up toward two drilling events at its Cambay Basin project in India.

In addition, the success of these wells could position OEX as a frontrunner in applying advanced fracking techniques in India to unlock new resources. This would convince the markets that energy investment in the sub-continent is viable – and profitable.

These elements position OEX for significant upside, and as it accelerates its plans toward the spudding of the production wells, a steady stream of catalysts, could flow as the company ticks off one milestone after another to bring it all about.

Oil and gas drilling has its risks, and OEX is no different – it’s a speculative stock.

However if OEX meets success, it will have cracked one of the world’s biggest energy markets, with a strong first mover advantage.