In just a few weeks’ time, 88 Energy (AIM:88E | ASX:88E) will start drilling a well in a potential new play – which, according to the company, could host hundreds of millions of recoverable oil.

This unconventional oil play located on the North Slope of Alaska bears all the hallmarks of the Eagle Ford shale – the largest onshore discovery in US history.

We will find out if 88E’s Project Icewine lives up to this expectation over the course of the coming months as staged results are released.

88E’s Project Icewine features 98,192 continuous acres of onshore prospectivity on the North Slope of Alaska – a proven and productive oil province that continues to offer up new oil discoveries as recent as this year.

If the Project is a success, this could generate billions of dollars in value as large discoveries are commercialised.

However, success is no guarantee here – and 88E is a speculative stock.

88E’s well is fully funded, the rig has been contracted, and final permitting is due in the coming days.

All that remains is for the rig to mobilise to the Icewine-1 site and start drilling.

Drilling will target the HRZ shale layer, which could have a sweet spot that is as productive of that of the Eagle Ford. The US Geological Survey has estimated that the HRZ and Hue Shale layers on the North Slope, which 88E is targeting, could hold as much as 2 billion barrels of oil .

Results will be released steadily over a three month period – so this is no conventional ‘all or nothing’ oil well.

For this reason, and being a relatively liquid stock – compared to other small oil companies – there are multiple entry and exit points for short term investors over the coming months.

With the pending spudding of its first well at Project Icewine, 88E is a company in motion, and the exact kind of stock Catalyst Hunter looks for:

That’s what we’re all about here at Catalyst Hunter, and the upcoming drilling program fits the bill perfectly...

This is not your typical all or nothing conventional oil well. Well results will be released over a period of months – meaning multiple opportunities for rapid share price appreciation.

At the same time, investors should proceed with caution here, and it is recommended they seek professional advice before investing in this stock.

Here is what lays ahead for 88E – every step of the way are potential catalysts which have the potential to re-rate this stock:

Mid-October – The spud of the Icewine-1 well, with drilling expected to take 60 days.

Late December – Preliminary results for the well are due around Christmas. 88E will examine cores taken during drilling for hydrocarbon shows, pressure data, thickness of the shale, and other potential points of interest.

January 2016 – Initial evaluation of Icewine-1 core analysis to be made public.

1H 2016 – 88E will make the decision whether to drill Icewine-2. At this stage it will be a horizontal well into the HRZ shale layer, but depending on results on the first well, and that of its neighbours, this could change into a conventional well.

88E: Icewine-1 well to be spud in coming weeks

Icewine-1, which is due to spud mid-October, is being drilled as a vertical hole.

With A$10.5M cash in the bank, and a US$50M funding facility secured, 88E is fully funded for this well, expected to cost around US$2.25 – 3M post the Alaskan government rebate, not including the cost of the debt facility with Bank of America – who are funding the majority of the cost of the well.

A rig contract for the well has been executed with Kuukpik Drilling , an experienced Alaskan drilling crew which knows what it’s doing.

The aim of the well is to de-risk the HRZ play by taking cores and conducting extensive logging.

Oil shows during drilling could result in strong and swift share price movements, not to mention investor anticipation in the build-up as spudding moves closer over the coming weeks. 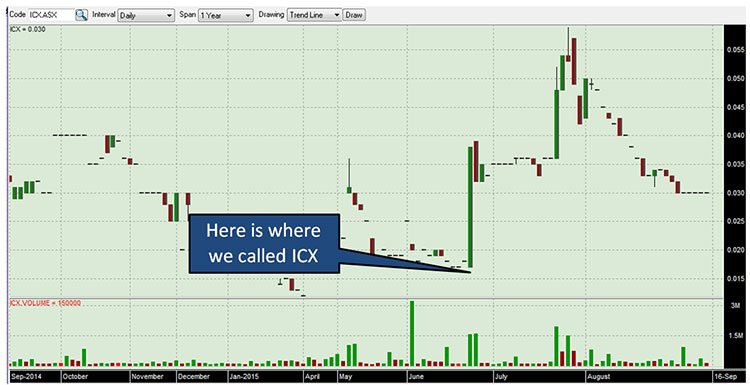 The planned path of Icewine-1

As we indicated earlier, well results will be released over a course of months, meaning it’s not an all-or-nothing play over the coming weeks.

If Icewine-1 is a success in hitting the high potential unconventional play and unveiling key characteristics of the shale layer, then 88E will get to work on preparing a horizontal extension for drilling in the first half of next year.

However, it could also drill a standard vertical well to test the conventional potential of its project – the US Geological Survey estimates there are 4 billion barrels of remaining recoverable conventional oil on the Central North Slope.

88E would steer in the conventional direction in part by getting an understanding of what its neighbours are up to.

Of added interest in 88E is that the company is essentially drilling the unconventional target now, while it will get a free look at the conventional oil plays via activity by its neighbours.

About 50 miles away, Spanish major Repsol continues to drill the North Slope, with onshore conventional wells with great success.

Repsol recently made a large conventional oil discovery – which early estimates indicate could be in the multi-hundred million barrel league.

Firmer numbers have been thin on the ground, but what we do know is that seven wells drilled into the Nanushuk Reservoir have:

The Nanushuk Reservoir is an analog for the same plays that 88E thinks may be present at Icewine.

Meanwhile, even closer by is drilling by Great Bear Petroleum.

It’s drilled the Alkaid-1 well, and while this has been suspended pending further testing, results could be imminently released.

You can see below just how close it will be to 88E’s acreage... 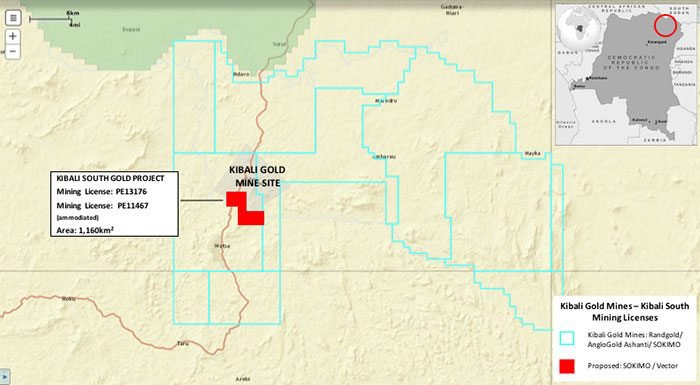 88E’s Project Icewine is located on the prolific North Slope of Alaska, an area which has been labelled as the third most prospective region for oil exploration in the world .

The Alaskan government offers a rebate of up to 85% for oil and gas exploration companies on exploration costs – a scheme ripe for companies such as 88E looking at the unconventional potential of its project. 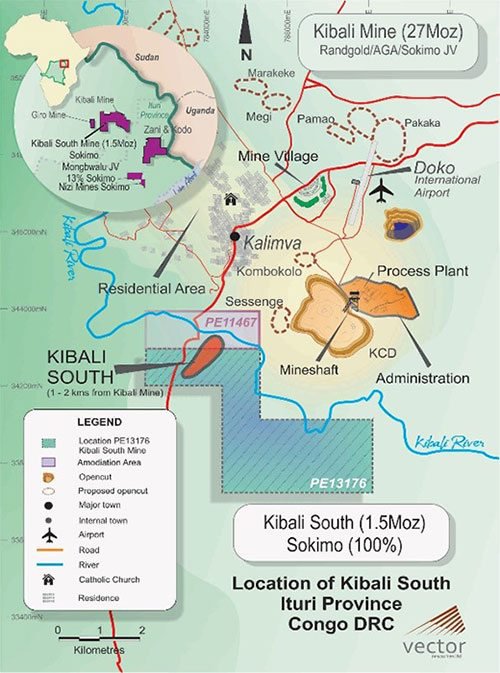 The North Slope, home to the super giant Prudhoe Bay and Kuparuk River oil fields, is also home to some of the largest oil and gas companies in the world.

88E is going after what is known as the HRZ shale, and it has about 100,000 acres (40,400 hectares) covering it. The US Geological Survey has estimated that the HRZ and Hue Shale could hold as much as 2 billion barrels of oil . 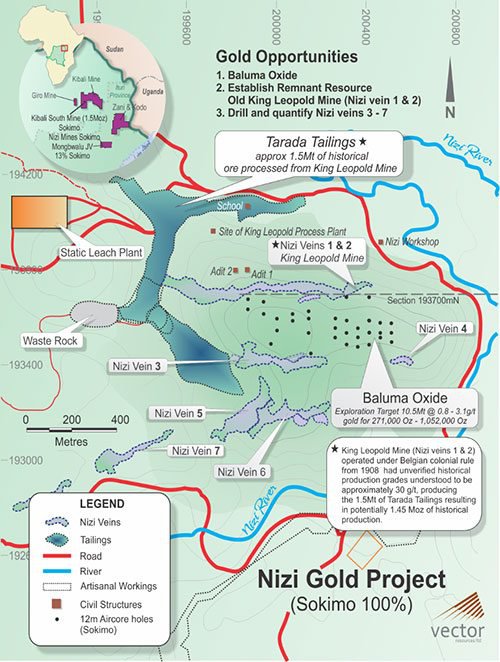 The area, and the shale, has been lightly explored in the past.

Great Bear Petroleum, which has a position just north of Icewine, drilled two wells back in 2012 targeting the shale.

That drilling firmed up the HRZ as a thick condensed marine shale with an average thickness of 55m.

The two wells Great Bear drilled had oil shows over 180m through the Hue and HRZ, and the rock had total organic content of up to 8% within the HRZ shale.

Crucially, the wells showed that the HRZ’s rocks were brittle in nature, meaning that they are easily frackable.

The well 88E is about to spud in the coming weeks will target the HRZ shale layer and give it a lot more information on what’s under its feet.

88E: The time appears to be now

There are multiple, significant, near-term catalysts in the offing here for 88E, from drilling due to start in mid-October all the way until the second half of next year.

A highly liquid stock for a small cap oiler, there are plenty of entry and exit points in this stock.

In mid-October 88E will start drilling the Icewine-1 well.

It will take 60 days to drill, with plenty of news in that time to pique the curiosity of traders.

After that time, analysis will firm up the HRZ shale play – and results could give additional fuel to 88E’s share price.

At the same time, success is no guarantee here – 88E is a speculative stock.

Meanwhile, drilling on the North Slope by 88E’s neighbours will give 88E and its investors food for thought on the conventional potential of its acreage.

There appears plenty to look forward to with 88E – Happy Hunting!