TG1 has spent the past few months refining its copper drill targets using modern electromagnetic surveys, plus mapping and geochemistry work, and it has picked up some extremely high grade rock chip assays of 49.9% copper along the way: 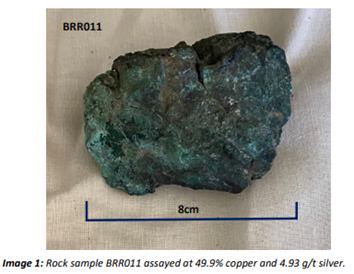 TG1 is exploring for copper in the Ashburton Basin in WA. The ground currently being drill tested has a rich history of high grade copper oxide production (> 16% Cu) in the early to mid 1900s, however there has been very little in the way of modern exploration - until TG1 arrived.

With the copper price hitting all time highs of late, and its use as a key metal in the EV boom - it's a pretty good time to be drilling for it.

It's finally time to drill test these targets - and that’s what TG1 started yesterday.

TG1 is drill testing two of its copper targets across an eight hole, 2,000m programme.

What we are looking for in this drilling campaign: When exploration drilling for copper, grade is king - so if TG1 can hit something like 3% copper grades, we would view as an excellent result for a first round of drilling.

We invested in the TG1 IPO at 20c in April, and we continue to hold our entire position.

We liked that post-IPO TG1 was going to be very active, and get stuck into drilling at both the gold & copper targets.

With a tight capital structure and low enterprise value the risk/reward payout for us was attractive.

Since TG1 IPO’ed it came out of the blocks fast in the first few days, reaching as high as 36c - however unfortunately this momentum was not maintained. We had high hopes that we would see a sustained re-rate given its low Enterprise Value but just as TG1 started exploring its gold assets, gold went a bit out of favour. You can read all our previous coverage on TG1 here.

Now TG1 has timed it right, and is drilling a hot commodity copper - which is trading near all time highs.

TG1 currently has a tiny enterprise value of $6.2M which gives investors good leverage to a copper discovery in the coming months. TG1 remains well funded going into the next few rounds of drilling.

With a free float of ~57% on listing and a 24 month escrow period in place for the vendor shares, there will be very few shares available to buy should the drilling campaign be a success. Of course - this is no guarantee - early stage explorers are risky investments.

We like that the TG1 management team owned these assets privately before they were brought into TG1 and have a big portion of shares escrowed. Interestingly, the Managing Director who held the Blue Rock Valley project privately (Ashley Hood) has been buying more shares on-market in the lead up to the copper target drilling.

We like it when the board and management team have skin in the game alongside other investors.

Since IPO, TG1 has put a lot of work into these targets - completing airborne and ground electromagnetic surveys, plus mapping and geochemistry work.

As we saw above - high grade rock chip samples of 49.9% copper also give TG1 a hint that it might be onto something.

Now that the preliminary work has been completed, TG1 is drill testing two of its targets. 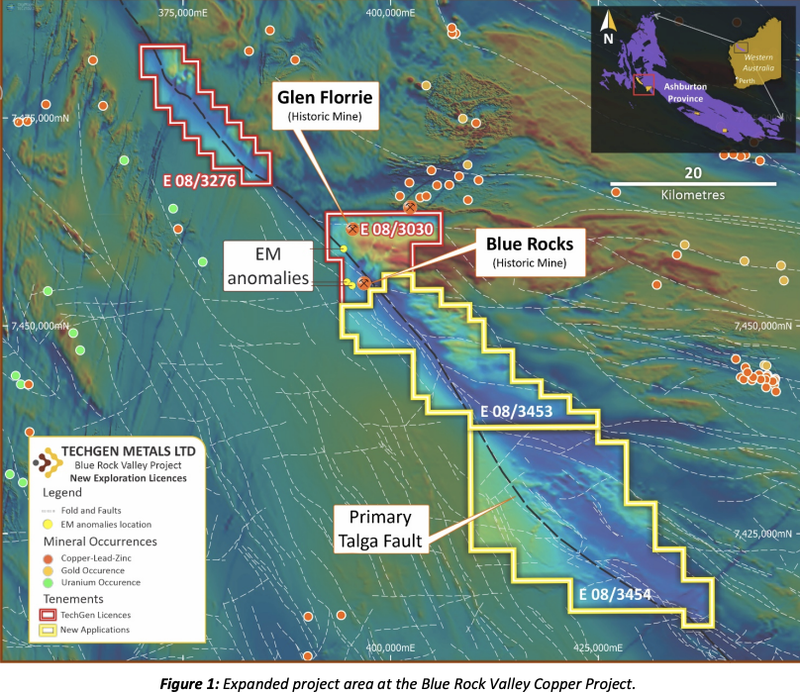 Historic workings had shown no previous recordings of copper sulphides, and we are excited to see what the company will hit drilling this part of the project.

A few weeks ago, TG1 pegged additional exploration ground that is next to the current project area. With this move, TG1 expanded the size of the Blue-Rock Valley project from ~220Km^2 to now cover ~880Km^2.

The new ground is along strike from known EM anomalies and the historical copper shafts - the same place TG1 found that high grade rock chip sample you can see above.

Crucially the three overlapping VTEM Plates which sit adjacent the historical Blue Rocks copper workings are trending in a north-west to south-east direction, down into the new ground TG1 pegged.

This is a good sign - If this drilling program is a success then TG1 will have already secured the tenements where the deposit may extend into.

If TG1 gets an impressive drill hit in the coming weeks, it has now got a much more commanding ground position to explore. 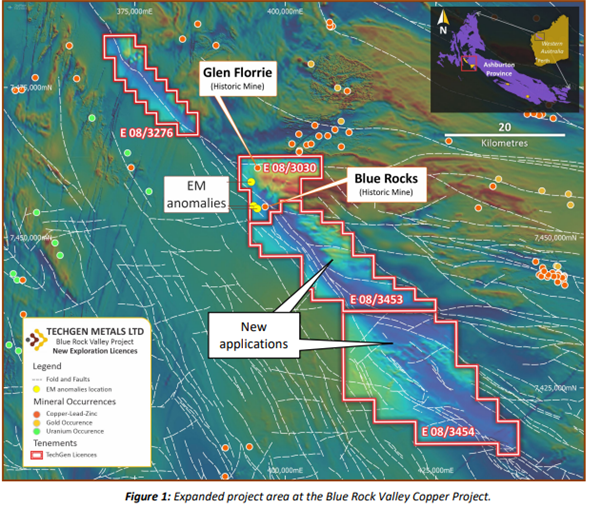 Good Time to Drill for Copper - close to all time highs

The copper price is close to it’s all-time highs based on recent news of stockpiles in the Shanghai exchange warehouses falling to a more than 12-year low - Shanghai copper stockpiles fell to the lowest levels since June 2009.

Declining inventories may be a factor in the short-term but the long term outlook for the copper price will be driven by demand growth & a lack of response from the supply-side. 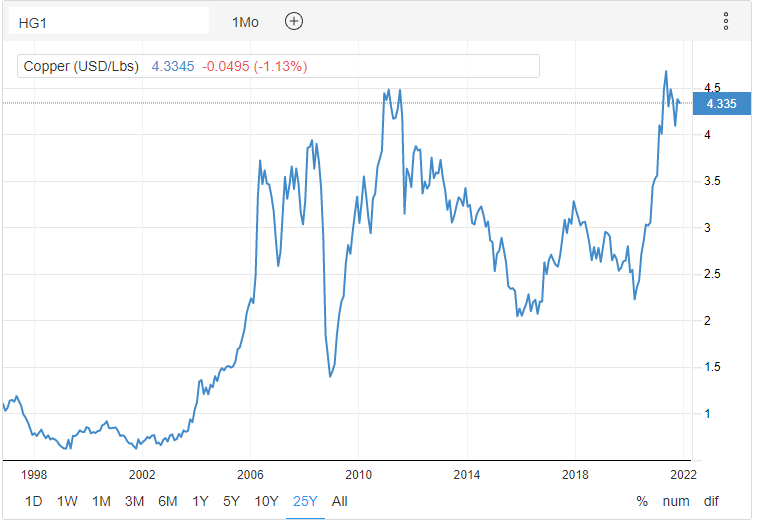 We understand there are only five new copper mines scheduled to come on-line next year (one in the DRC, one in Peru, two in Chile and one in Russia) - and there are widespread predictions that the copper supply side is not going to improve any time soon.

Copper is already the third most widely used metal in the world - and with demand set to increase from things such as electric vehicles and semiconductor wiring — we see it as leveraged to the global electrification boom and anticipated commodities super cycle over the coming decade.

We believe copper miners and any explorers like TG1 that can manage to find some - will stand to benefit from a structural shift in global demand caused by the green energy transition.

What to expect next from TG1

With drilling at the Ashburton Basin copper targets happening now, we anticipate drilling to go on for 3-4 weeks before the results are able to be sent to the lab for assay results.

TG1 are also busy preparing a drilling programme at the Mt Boggola copper project where EM Surveys identified three primary bedrock conductors that will be the focus of any future drilling.

The Mt Boggola project shares similar geological fundamentals with the Blue Rock Valley project & drilling done by Newcrest in the 1990’s which returned results of up to 1.6% copper from depths as low as 8m.

The bulk of the known mineralisation at the Boggola project is relatively close to the surface and is therefore the ideal follow-up drilling target to the Blue-Rock Valley project.

In the meantime we are also waiting on the results from Stage 2 RC drilling which was completed in September over the Ida Valley Gold project. We can expect to see the results from the 1,389m in drilling done over the coming weeks.

Disclosure: The authors of this article and owners of Catalyst Hunter, S3 Consortium Pty Ltd, and associated entities, own 1,250,000 TG1 shares.