Metals of Africa (ASX:MTA) is drilling for graphite right now in the middle of the world’s richest known graphite province – the Cabo Delgado province in Mozambique.

MTA’s much bigger neighbours Triton Minerals and Syrah Resources have already attracted attention to date for their world class graphite resources, however now it may well be time the market catches onto MTA.

However MTA is capped at under $7M – despite the company’s very strong previous drill results in the very same region that hint at this company’s true potential.

It should be noted that Mozambique does have particular risks which can hinder projects from advancing. This is a high-risk stock.

In any case, we will find out just how far MTA can catch up to it’s much bigger peers over the coming weeks and months.

Any significant graphite intersections hit are likely to have an almost immediate impact on MTA’s market value.

The drilling is part of an overall campaign to define a near surface JORC graphite resource, and this drilling will be on-going up to August 2015, so a steady stream of results will be flowing from MTA – plenty of news flow to look forward too from this stock.

As well as a shallow resource, MTA is targeting high-grade graphite, and it’s becoming increasingly clear that its ground holds premium, jumbo flake sized graphite – the most desirable and expensive graphite in the market place.

With drilling going on right now, MTA is exactly the kind of stock Catalyst Hunter looks for:

Read on for some more in depth information about MTA.

Key details of MTA’s drilling campaign are as follows:

All in all, MTA is focused on defining a shallow graphite resource, preferring to avoid drilling to deeper depths simply for the sake of defining a billion tonne resource.

By focusing on defining what will actually be mined, MTA is being careful with its cash and reducing the time required to reach JORC resource status.

MTA is looking for graphite in the right place – there is more graphite in a compact 50km 2 area of the Cabo Delgado province than the rest of the world combined. 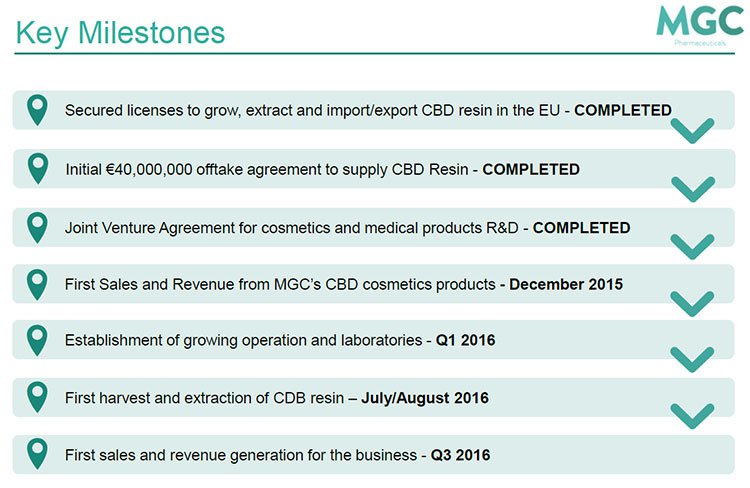 With Triton and Syrah capturing the markets attention with graphite resource definition in this very same region, MTA may well repeat that success over the coming months on its Montepuez Central Project.

Within the Montepuez Central Project sit 3 mineralised prospects, all with potential for commercial quantities of graphite to be found as part of the current drill campaign – the next sections will discuss this in more detail.

The Montepuez Central Project is the focus of MTA’s current drill campaign and resource definition. The map below shows the Project, and its three major prospects defined to date – Buffalo, Lion and Elephant.

Each of the three prospects is essentially an electro magnetic conductor, and on the map the pink areas indicated the highest conductivity – and the highest chance of high grade graphite mineralisation.

Over 20 drill holes (indicated with blue dots) have been drilled as part of a previous intensive drilling programme – a programme which saw every single hole drilled strike graphite.

To date, MTA has completed merely 600m of the broader 5000m drilling program but already, results are exceeding all expectations in terms of grade and extent of mineralisation. So far, all of MTA’s drilling has been done close to the surface, down to an average depth of around 70 metres.

Given the strong results already coming in from shallow drill depths, MTA has been able to save expenditure on deeper drilling, obtain drill results faster and is on course to confirm its maiden JORC resource as soon as reasonably possible.

Furthermore, with three different types of mineralisation being encountered, there is potential for multiple graphite products and end uses.

Since our article on Red Emperor (ASX:RMP) 1 in 3 Chance of a 20 Bagger? Offshore Drilling Weeks Away , RMP has risen over 140%:

Located to the north, highlights from drilling conducted at Buffalo to date as follows: 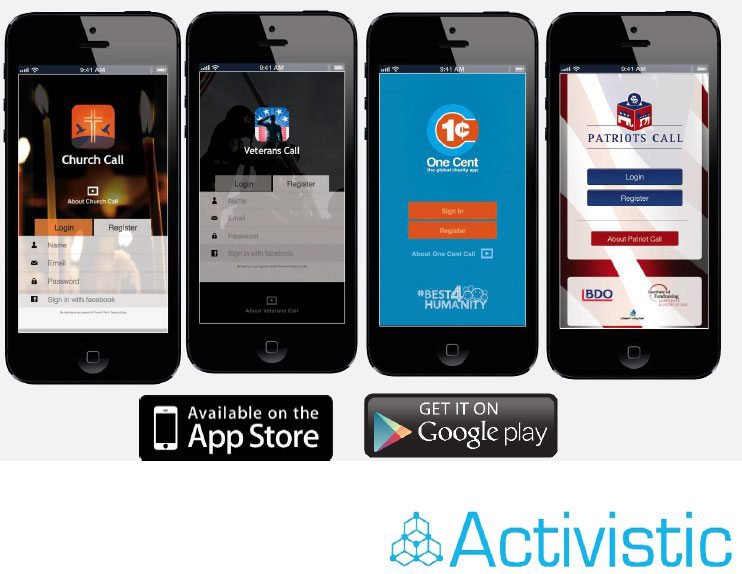 A quality graphite find like that struck at Buffalo at such shallow depths, cannot be found anywhere else in the world – apart from in the Cabo Delgado province.

Some of the most promising results in terms of visual analysis and jumbo flake size have come from the ‘Elephant’ prospect.

The latest diamond drilling activity has focussed on this prospect as it contains the largest electro magnetic anomaly across the whole project:

Further lab results at Elephant are pending and are going to equate to more news flow pre resource estimate over the coming weeks and months.

And last but by no means least is MTA’s third prospect within Montepuez Central, the Lion Prospect – key observations to date here are as follows:

MTA will be compiling a JORC resource from these prospects – and its set to be complete in the coming months.

In addition to MTA’s Montepuez Central Project, MTA also owns 100% of three more licenses in the province: ‘Montepuez North’, ‘Montepuez East’ and ‘Balama Central’. Plans are in place to conduct more test work in due course at Balama Central – located right next door to Syrah Resources.

Do MTA own a strike extension of Syrah’s $640M deposit?

Aside from the JORC resource definition at Montepuez Central, MTA has additional upside in its other projects, especially Balama Central. The company recently flew a VTEM survey over this license, which is located immediately next-door to Syrah’s huge Balama deposit. 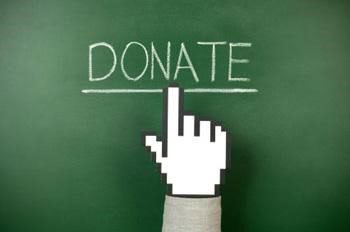 The VTEM data indicates that the Syrah deposit could well continue into MTA’s license – which if correct would immediately add value to MTA’s asset.

MTA intends to drill test this theory after the rigs complete the JORC resource on the Montepuez Central license – so there could be even more catalysts to come from MTA.

Even though MTA are targeting shallow mineralisation right now, there is a good chance of more high-grade graphite being found at deeper depths.

Larger flake sizes tend to be far more commercially viable than small flake sizes which is another factor that could boost the quality of JORC resource attained. The larger the flake, the higher the product value. Large flake graphite is currently fetching about USD$1500 per tonne.

Therefore, having a resource of billions of tonnes isn’t as important as the flake size and metallurgy of the deposit – that’s what notable end-users like Tesla are focused on.

In any case, given the apparent complex system deeper below, MTA could expand production by exploring these further depths if needed.

The most important conclusion to be made is that the results being seen by MTA geologists are corroborating initial estimates that MTA’s prospects are indeed graphite-rich.

MTA’s timetable over the coming months

MTA is keen to progress its graphite projects in Mozambique as quickly as possible and is putting its drill programme into overtime, extending work times to 24 hours per day where required. Ultimately, the explorer is targeting production in the near term, with a timeline as follows:

With progress in Mozambique adhering to schedule so far, and beyond any significant, game changing drill intersections hit in the coming weeks, the next imminent catalyst for MTA is the delivery of its Maiden JORC resource sometime between now and September 2015.

As and when a JORC resource is granted, MTA will join its regional peers (Triton and Syrah) as having a confirmed graphite resource. That’s when shareholders could well see a significant and sustained appreciation of MTA’s market cap.

In the meantime, we can expect to see a flurry of results come in from laboratory tests as well as the completion of the remaining ~4000m of drill work yet to be done – with any significant intersection holding potential for a rapid share price movement.

Here at Catalyst Hunter, we are keenly anticipating MTA’s lab results and we’ll surely be tracking their path, first to a JORC resource and then to a PFS next year.

With the tangibles covered, there are other less tangible reasons why MTA could be a stock that’s about to run higher:

In summary, the foreseeable future for MTA is looking bright.

With excellent drill results supporting the theory that substantial amounts of high-grade graphite are present across many of its licenses, MTA is on course to have a Maiden JORC resource confirmed before the end of September 2015.

MTA is focusing on quality rather than quantity which on one hand is likely to mean a smaller overall JORC resource compared to giants Syrah and Triton.

But on the other hand, its flake size could be a lot larger than Syrah and Triton judging by initial reports from the field.

The next few weeks and months will be crucial for MTA and its long-term future. Depending on the exact size and quality of JORC resource, MTA could potentially match its peers in the region and therefore begin to close the gap in terms of valuation.

Capped at just $7M, there is plenty of room for an upward re-rate in MTA.

With all the other aspects such as funding, expertise, infrastructure and political stability all lining up in MTA’s favour, the stage is set for MTA in the coming weeks and months.