We invested in MAN in March this year, in anticipation of MAN’s near term drilling right near the $3BN Chalice. Here is our MAN launch article when the share price was 12c.

MAN is an early stage explorer capped at $72M - just a fraction of Chalice’s $3BN.

It’s early days, but any successful drill hits in June could lead to a swift re-rate of MAN.

Just take a look at another Julimar explorer who recently started drilling in the Julimar, Caspin Resources.

Caspin delivered a 237% return in the last week alone on Julimar drilling results: 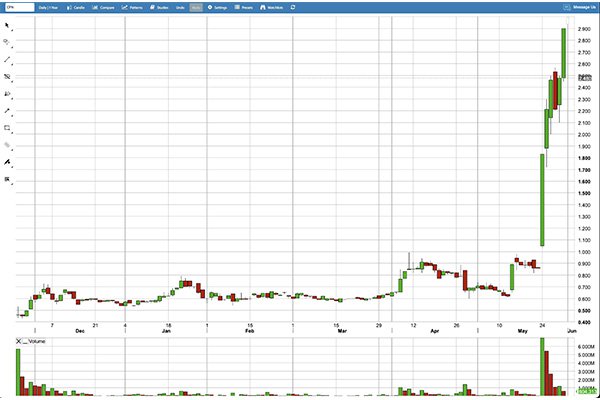 We are looking forward to MAN’s very own drilling event, which has been months in the making.

MAN has already secured government approvals and a drilling contractor.

MAN has also secured a vital land access agreement and binding purchase option in the event of a discovery - de-risking any potential future development.

But there is only one way to find out if this could be Julimar style PGE-nickel-copper mineralisation - and that’s by drilling.

Here is what we like about MAN and its ground:

In the lead up to drilling results, we expect the share price to increase on speculation of a positive result and we will aim to take back our initial investment as drilling draws closer.

We plan to retain a significant position into the drilling results which are hopefully positive.

At that point, we will assess our investment strategy based on drilling results.Metals explorer Mandrake Resources (ASX:MAN) has confirmed it will begin drilling on 14th June 2021, just 15 days from now. MAN’s ground sits just 30km from Chalice Mining’s $3 billion dollar Julimar nickel-copper-PGE discovery.