As Mandrake Resources (ASX:MAN) investors, this is the moment we have been waiting for.

Today MAN has begun diamond drilling at its PGE-nickel-copper project in the Julimar Province, 30km from the $2.75BN capped Chalice Mining’s discovery.

Expect a significant amount of newsflow over the coming weeks from MAN as drilling takes place, and probably a binary outcome on drill results.

Chalice was one of the best performers on the ASX last year on the back of its world class metals discovery in the Julimar - having run from 17c to as high as $9.25 recently: 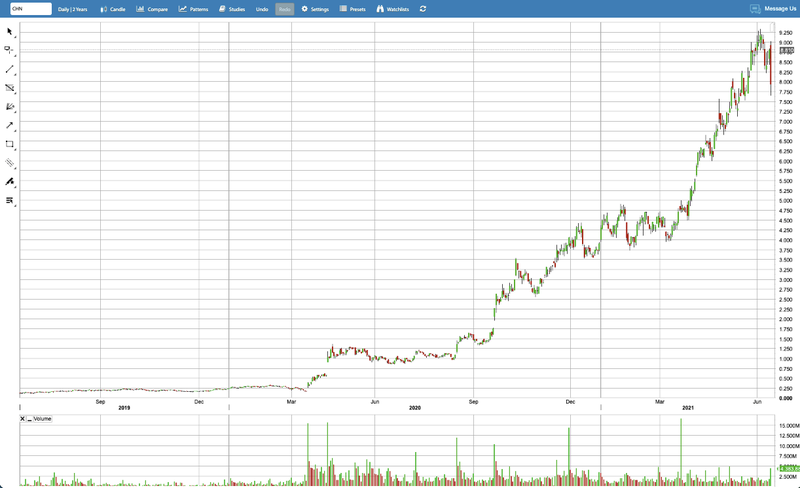 Here you can see MAN’s ground in relation to Chalice Mine’s discovery - this is a regional aeromagnetics map, MAN’s ground is on the right side marked in red - note the electromagnetic anomalies that MAN is drilling into right now: 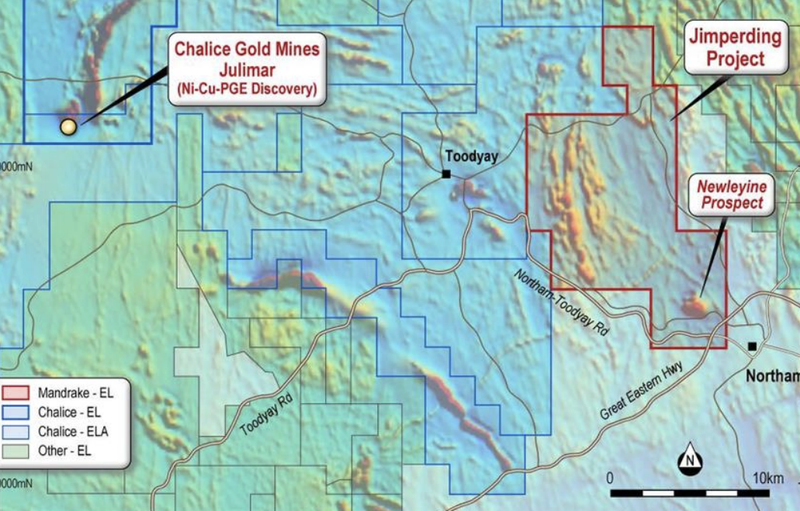 Investing in ASX explorers like MAN at the drilling stage while awaiting results is a high risk / high reward strategy. Remember to only invest what you are comfortable to lose, as a bad result in the coming weeks could see the share price plummet.

However a successful result could see MAN’s market cap surge up many times from its current valuation.

We invested in MAN in March this year in the lead up to this drilling event right near the $2.75BN Chalice.

We invested early in MAN, months before drilling, so we have been able to reduce our position as the share price rose in the lead up to drilling. We have not fully free carried yet but will look to do so and hopefully take some profit closer to the drill results.

We really like that MAN just raised $12M (at 20c) - so now even if the first drill result does not deliver a massive success, as MAN shareholders we will live to fight another day as MAN now has a few more rolls of the dice using the $12M in the bank. It’s got a pipeline of drill targets beyond this current drilling event to work on.

We also decided to participate in MAN’s recent placement at 20c.

To get an understanding of the upside over the coming weeks in MAN, Caspin Resources, another stock in the Julimar Province, released its own Julimar drill results on 24th May. 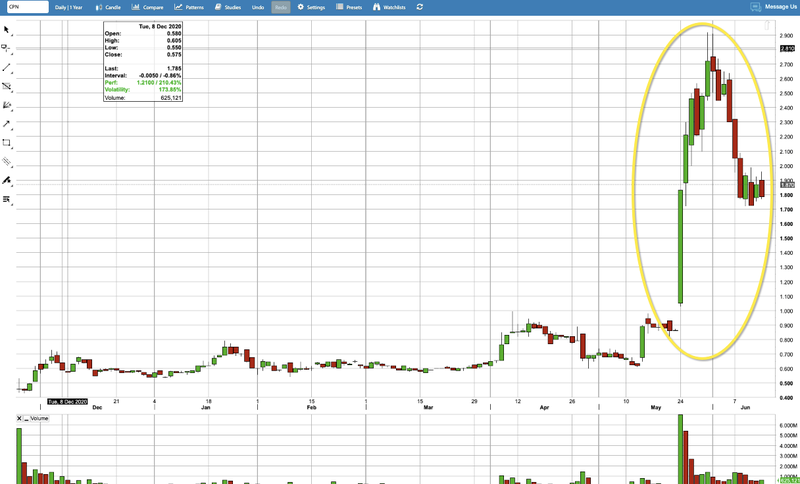 Interestingly, MAN pegged its ground long before the rush to the region created by Chalice’s discovery.

MAN is drilling its Newleyine prospect, part of the Jimperding Project, which is only 30km east of Chalice’s Julimar PGE-nickel-copper billion dollar discovery in the same geological terrane. 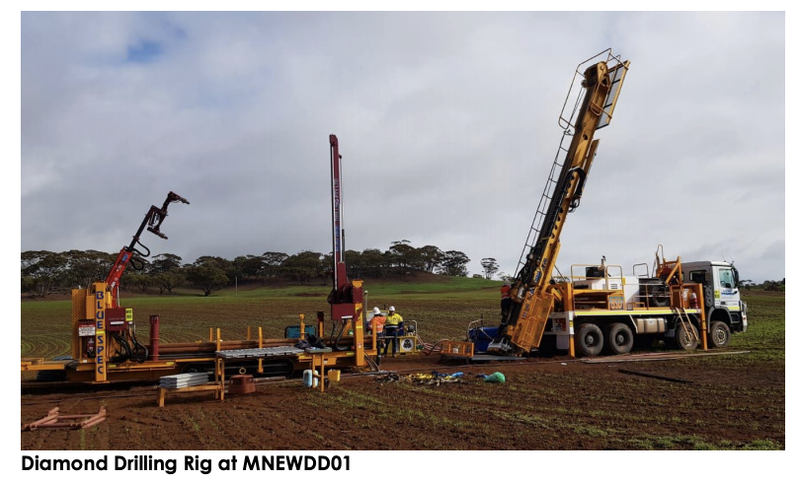 Now that the drill rig has started spinning for MAN and it has just completed a $12M capital raise, here is what we might expect to see from MAN over the coming weeks, based on MAN’s announcements and our knowledge of how exploration campaigns typically run:

MAN’s first drilling on its Julimar targets is a much anticipated event for holders and an exciting time for MAN on the cusp of a potentially transformational drilling event.

Good luck to all holders!

Results of June drilling could be major catalyst for Mandrake