Kairos Minerals’ (ASX:KAI) has just confirmed the presence of extensive near surface cobalt mineralisation at its Roe Hills Project.

Anomalous cobalt results have been identified over a total strike distance of approximately 7.5km.

Follow up drilling is an immediate priority, and this is scheduled for April 2017 – just a few weeks from now.

Roe Hills is already highly prospective for gold, and now cobalt has been added to the equation at a time when cobalt is one of the hottest metals in the world and is seeing increasing demand for its use in lithium-ion batteries.

Recent announcements from the company could be just the beginning of major catalysts coming out of KAI’s Roe Hills Project in coming weeks and months.

Promising gold and cobalt results, combined with the project’s favourable location in the southern Kurnalpi Terrane in the Eastern Goldfields — immediately south of the $67 million capped Breaker Resources’ gold discovery — has pushed KAI to focus considerable resources and effort on further exploration in the region.

With many in the industry asking whether Breaker Resources has hold of Australia’s biggest greenfields gold discovery for many years, the $17 million capped KAI is aiming to follow suit at Roe Hills, with a multi-pronged attack on the gold and cobalt commodities markets.

However, it should be noted that this is an early stage play and investors should seek professional financial advice if considering KAI for their portfolio.

Located just 120 kilometres from Kalgoorlie, the Roe Hills Project is situated in a rapidly emerging gold province which is a hotspot of exploration activity and investor interest.

KAI has its hands on a dominant (324km 2 ) land-holding covering a 40 kilometre continuous strike length of the interpreted southern extensions of the highly prospective Leonora-Laverton greenstone belts. 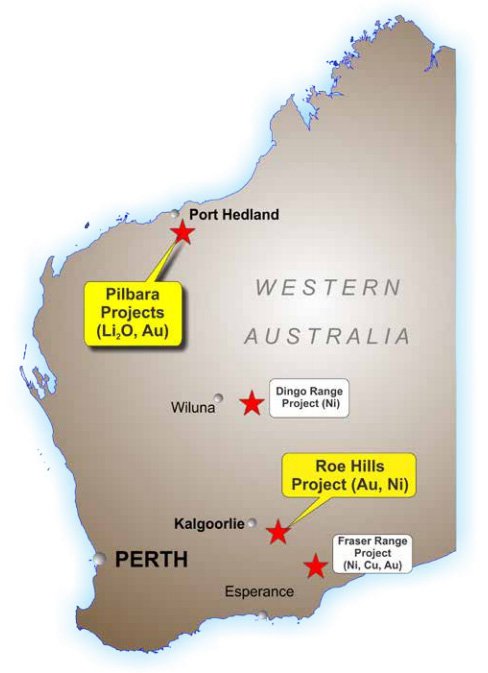 Over the past year KAI narrowed its focus on exploring and evaluating its gold assets at Roe Hills and the cobalt could just be the icing on the cake.

Results from KAI’s new 1.5 kilometre Lady of the Lake gold-nickel prospect were announced on March 2, with the company explaining that it had discovered an...

Further examination of the results has led to what could be a significant cobalt discovery.

Hence, the upcoming drilling campaign to begin in April, will not only focus on gold, but cobalt as well. 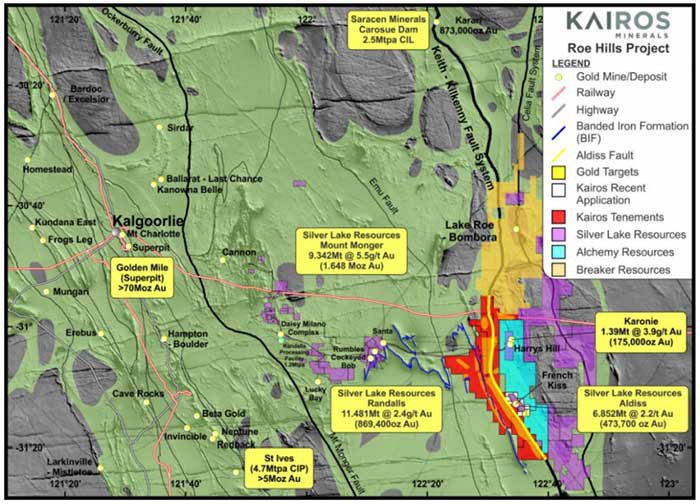 Of the eight reconnaissance RC drill holes completed the most significant results were: 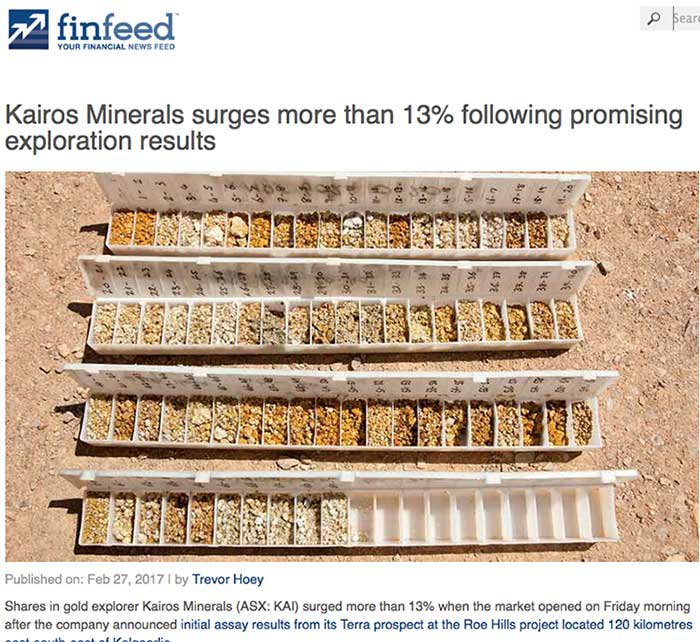 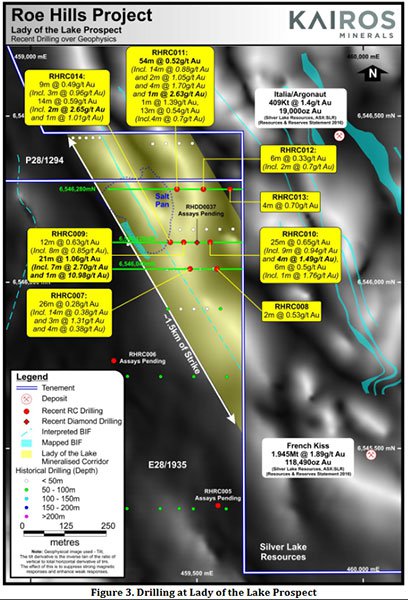 KAI’s identification of shallow, very wide, and apparently continuous bedrock gold mineralisation in every hole completed over a +300m strike length at Lady of the Lake was a significant development.

These results suggest that the Lady of the Lake is a major gold-bearing structure at Roe Hills, with drilling clearly indicating the potential for a significant new discovery in this area — one which has never before been effectively drilled.

However what KAI may find here is speculative at the moment and investors should take a cautious approach to any investment decision with regard to this stock.

Below is a picture of Lady of the Lake Prospect site supervising geologist, Nick Walker, inspecting core from ~20 metre downhole: 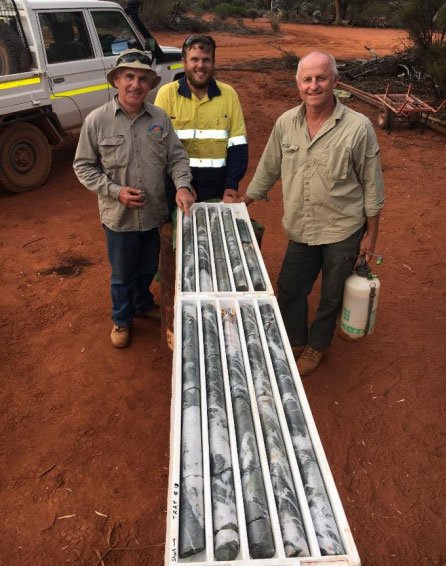 This significant new gold trend discovery at Lady of the Lake combined with the earlier impressive results at the Terra trend further reinforce the extensive scale and opportunity of the Roe Hills Gold Project.

Results will be released as soon as they are received and processed.

Further drilling is imminent – just weeks away – and it will include exploration of the recent cobalt discovery.

The identification of potentially significant cobalt mineralisation at Roe Hills gives KAI a further dimension in its ongoing exploration of this emerging project area and provides an additional near-term catalyst as it looks to establish itself in this highly prospective region.

The area will now continue to be assessed for cobalt via additional field work, ahead of the next planned drilling phase to commence in April.

Furthermore, anomalous cobalt results were identified over a strike distance of ~7.5km.

One very promising intercept includes 14 metres grading 0.39% cobalt including 2 metres at 1.16% from 20 metres.

The map below highlights in red previously identified cobalt mineralisation: 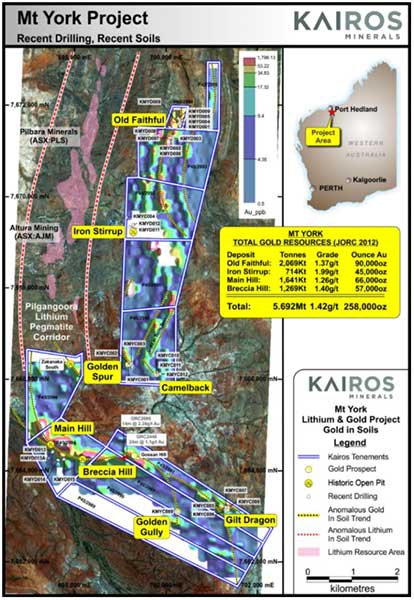 Further opportunities exist for the identification of additional cobalt mineralisation within the ROE 1 prospect as you can see by the historical cobalt intercepts below: 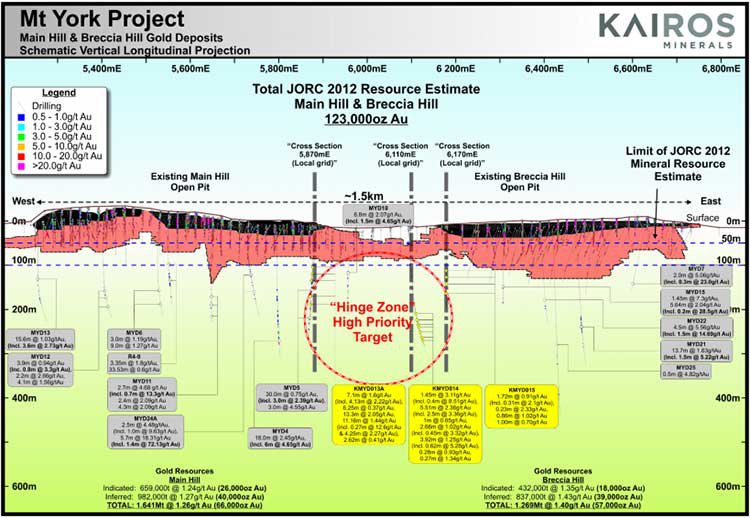 Cobalt prices have been tracking well over the last 12 months, so KAI’s decision to undertake additional fieldwork as a priority, ahead of the next planned drilling program to commence in April, could be significant in the company’s potential expansion in the region.

It should be noted though that commodity prices do fluctuate and caution should be applied to any investment decision here and not be based on spot prices alone. Seek professional financial advice before choosing to invest.

Whilst KAI waits to recommence drilling, further assay results from the previous round of drilling are now imminent.

Results from Lady of the Lake were preceded by initial assays in February from KAI’s maiden gold drilling program at the Roe Hills Terra Prospect. 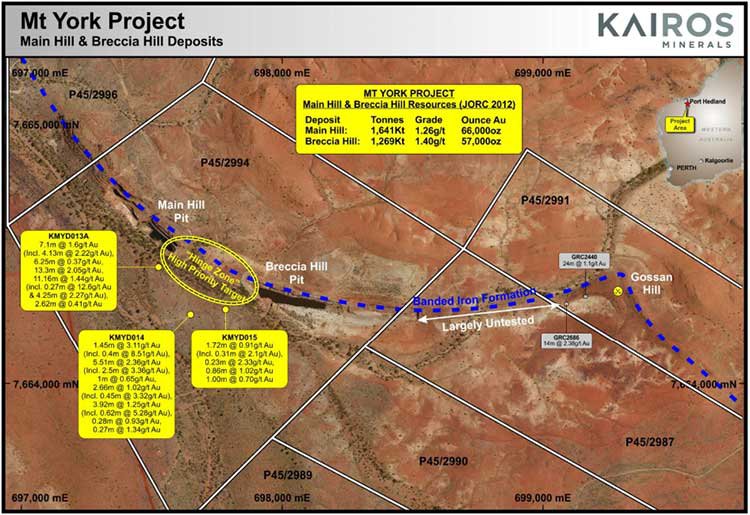 KAI informed the market that it had intersected thick gold mineralisation in its maiden drill program in its initial results, but there is more to come.

The results were highly encouraging for first-pass reconnaissance drilling. And combined with significant intercepts from historical drilling, we have confirmation that Terra Trend hosts an extensive gold corridor with mineralisation now intersected over a total strike length of two kilometres.

The results provide strong encouragement for what remains of the current drilling program results and for the broader area’s gold potential.

Drilling is planned to recommence next month after a detailed evaluation of all outstanding assay data has been completed.

The first two holes at the Terra Prospect confirm significant gold mineralisation, with initial intercepts including: 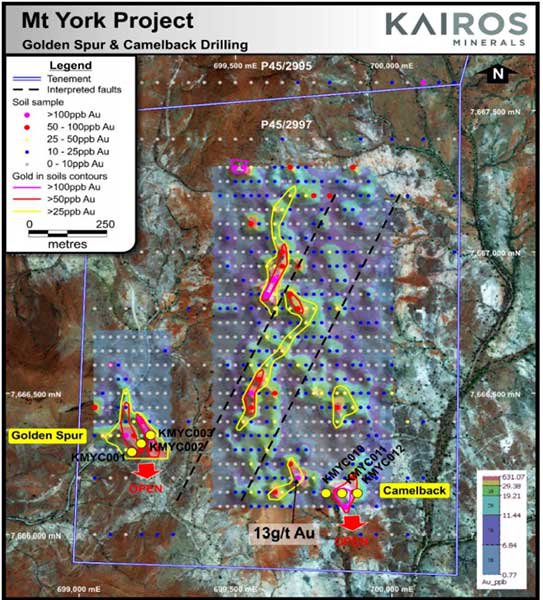 The new intercepts are located about 500 metres apart and confirm strike and depth continuity of the interpreted main zone of mineralisation.

Results from an additional hole, RHDD0036, a further 500m to the north at this prospect, are still pending.

The new drilling has confirmed that the Terra Trend represents a significant new gold corridor extending over a strike length of at least two kilometres (and open).

KAI is now waiting for assay results for the remainder of holes completed at the Ginger Kiss, Talc Lake and the newly identified Lady of the Lake prospects.

KAI’s recent discoveries in gold, and the identification of cobalt mineralisation are encouraging signs to investors that it could be on a similar path to Breaker Resources.

KAI is less than a year behind Breaker in terms of exploration, and it looks to be tracking in a similar vein.

With assay results due, drilling to recommence in April and a cobalt discovery that could diversify its assets significantly, these catalysts could bring investor optimism around KAI’s path to a major minerals discovery sooner rather than later.